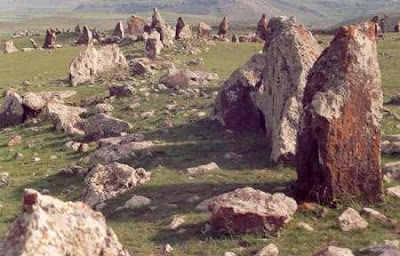 Ancestral Armenians shared a rich oral history with their Near Eastern neighbors, including a very old form of the Flood Epic, shared by Assyrians, Babylonians and Sumerians.  Believed to be the spot where Noah and his son’s descended when the ark rested on the mountains of Ararat, some say the Ararat valley is also the location of the first city after the Biblical Flood, and that Armenians are direct descendants of Noah.

The first mention of Armenia in writing is the ca. 4000 BC Sumerian epic of Gilgamesh, where the country was described as a rich country where you must “go by mountain, return by water.”

Carved on Armenia’s mountain tops are hundreds of petroglyphs, dated to the Paleolithic (ca. 20,000 – 12,000 BC), Mesolithic (12,000 – 7,000 BC) and Neolithic (7,000 -5,000 BC) eras.  Forerunners of the Indo-European language, these markings illustrate a time when mankind first pictured the world as round, created constellations and signs of the zodiac and divided time into months, weeks and days.

Prehistoric sites include the 4200 BC Karahundj Observatory (“Armenia’s Stonehenge”).  Karahunj, also known as Zorats Karer, one of Armenia’s oldest and most mysterious archaeological sites located in the southeastern Syunik province. Basically, it’s a cluster of more than 200 big stones scattered over a mountain plateau. Just how old they are and what they had served for is still a matter of scientific debate. 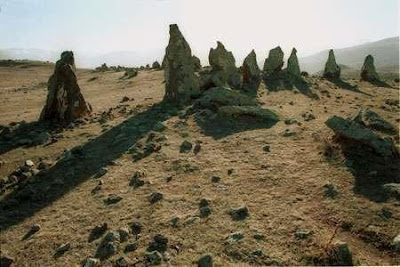 A more recent international expedition led by Oxford University astrophysicist Mihran Vardanyan found that the site mirrors the Cygnus/Swan constellation which appears in the form of vulture on ancient maps of the night sky.

Some Armenian scientists see a link between Karahunj and England’s world-famous Stonehenge. Not only that, but they say it is older than Stonehenge in England.

“Kar” means “stone” in Armenian and “hunj” sounds so similar to “henge.” A team of Oxford researchers is due to start another expedition to Karahunj this September.

Hopefully they will shed more light on its mystery. 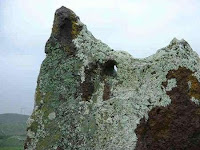