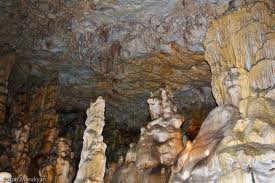 About two hours south of Yerevan, in Vayots Dzor Marz, is the town of Yeghegnadzor where I serve as a Peace Corps volunteer teaching English at a local university.  The climate is best in spring and fall.  In the past year and a half of my service, I have seen the odd tourist come through here, but they always seem to be on their way somewhere else.  Most visitors to Vayots Dzor come to see Noravank, a magnificent complex of churches and outbuildings where monks lived and studied in the middle ages, and then they move on.  While Noravank is certainly worth the trip, visitors often miss out on the many other churches, universities and monuments that were built during the Orbelian reign over the Kingdom of Syunik.

The Orbelians came to power during the Mongol period.  While most of the known world was being ravaged by Mongol invaders, the Kingdom of Syunik thrived.  In 1236, Prince Elikum Orbelian of Syunik established diplomatic relations with the Mongol invaders, affording the region a privileged status.  His brother and successor, Smbat, visited the Mongol court in 1251.  This visit resulted in Smbat being given a high rank by Mangu Khan and cemented the importance of the Orbelian family and the areas over which they reigned, including Yeghegis and Vayots Dzor.  After 1273, the Orbelians transferred their capital to the Yeghegis Valley.  Under these conditions, the Kingdom of Syunik flourished and became a cultural center and a hub for migration.

Today, in the sleepy Yeghegis Valley, you can see the many monuments to Orbelian kings which still stand.  There are countless churches, the impressive Smbataberd fortress, and the kings’ tombs on the near side of the village.  And on the far side, a most unexpected discovery excavated only 10 years ago: a Jewish cemetery.  More on that in my next post.

Rebecca is an American Peace Corps Volunteer who lives and works in Vayots Dzor Marz. The views and opinions expressed are hers and do not necessarily reflect those of the U.S. Peace Corps.  Parts of this post have been previously published.