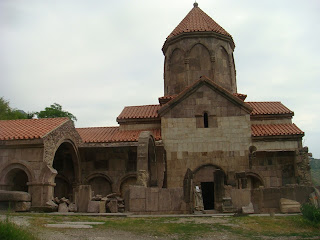 Many people know Armenia by its highly popular tourist destinations – Sevan, Garni, Tatev, Noravank, Dilijan and some others. Even we – native Armenians, know so little about the hidden treasures of our country. The thing is that those undiscovered or long-forgotten destinations are able to tell much more about the Armenian land, the Armenian people, culture and history. The latest “discovery” was the Vahanavank Monastery – the mysterious beauty leaning in the green Armenian forests. 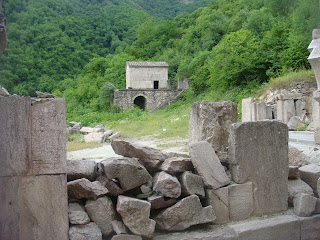 Vahanavank is situated in the southern part of Armenia in marz Syunik near the town of Kapan. It was built at the foot of Tigranasar mountain, in the forests and on the bank of Voghdji River. The monastery was founded in the 10th century by Vahan – son of Dzagik, the Prince of Syunik. According to Armenian historian Stepanos Orbelian Vahan suffered from demonic possession and to cure himself he decided to life a monk’s life. 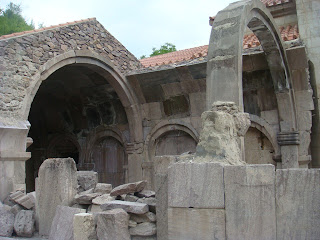 The first building was the Gregory Illuminator church (911) built by Vahan. The construction continued by his nephew Vahan. Later in the 11th century a smaller monastery and other buildings were constructed near the main building. Near the convent there used to be a religious school with more than 100 preceptors. 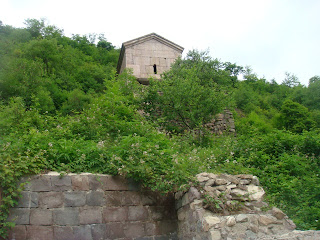 Vahanavank used to be a religious center for the kings of Syunik. Vahan and also some of the Armenian kings, queens and princes are buried near the church. 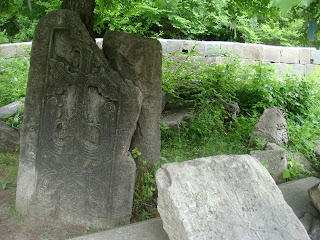 Unexplainable warm feelings embrace you once you make a step to the mysterious “kingdom” of Vahanavank. As if you vanish from the reality finding yourself in a world unknown to the people, unknown to you. 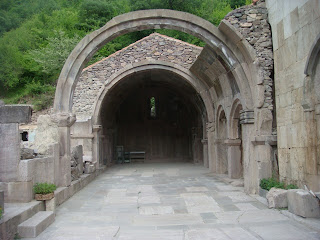