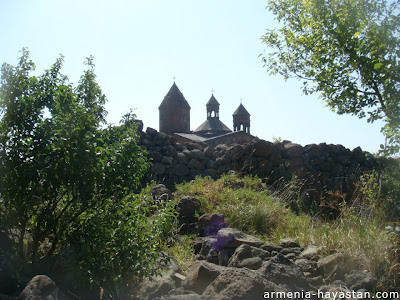 We are really proud of the architectural heritage of Armenian churches and monasteries throughout all of the Armenian highlands. One of the most astonishing pieces of architecture is Saghmosavank, located in the Aragatsotn region. 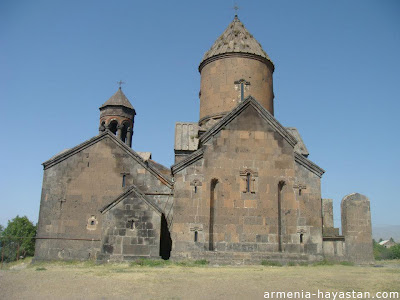 The main church complex Surb Zion (St. Zion) was built in 1215 by the order of Prince Vache Vachutyan. There is an altar apse on its eastern side and its south-eastern corner has two-floor side-chapels attached to it. However, despite their obvious similarities, each church is unique in its external and internal decoration and atmosphere. In 1235, Surb Astvatsatsin (Holy Virgin) with its vestibule was built, which communicates with the book repository. The book repository communicates with the vestibule and church of St. Astvatsatsin though doors, meaning that the book depository is the only entrance to the church. This circumstance and the existence of the altar apse, shows that the building was intended for depositing not only manuscripts, but also precious church-plate. 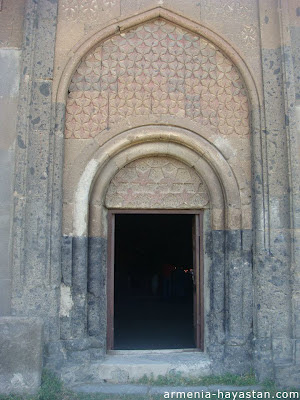 Above all, the book repository of Saghmosavank, built in 1255, is among Armenia’s buildings original in their composition. 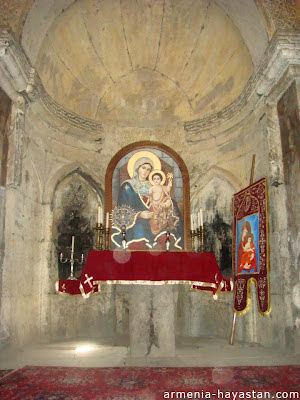 Individual parts of the interior are composed of red and black stones, as well as coated with white, yellow and red paint, which accentuates the beauty of the church interior. The exterior of the book depository is no less beautiful. The building has the same height as the church of St. Sion and its vestibule. 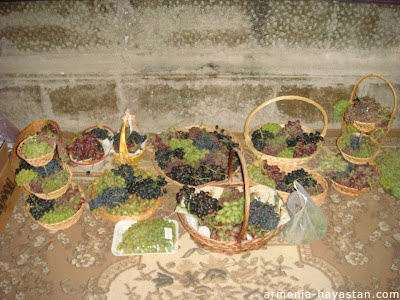 On the territory of the monastery one can find many 13th-14th century cross-stones, also known as Khachkars. 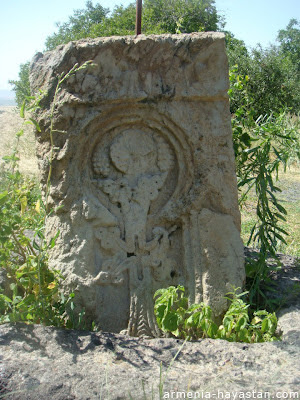 Lots of tourists visit Saghmosavank every year. It leaves an unforgettable impression and everlasting influence on visitors’ minds.