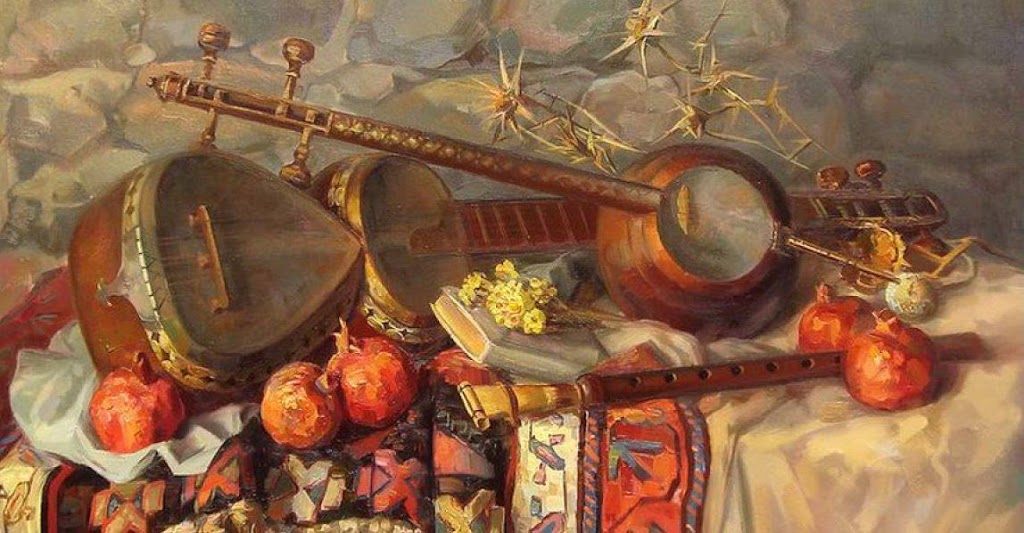 Duduk symbolizes history of Armenia and music tells us about Armenian people.

Duduk Armenian musical instruments were made from apricot wood. Due to tree quality, duduk has high quality which is so important for musical instruments. The making process of duduk lasts more than half a year.  UNESCO recognized duduk and the music of duduk one of the Masterpieces of Intangible Heritage.

Zurna has a double reed made of a flattened cane on a metal pin. It is also very popular in Azerbaijan and Georgia. Zurna is made of apricot wood and has eight finger holes. Because music of zurna is loud, it is used for active and cheerful melodies.

It is also very famous in Iran, Uzbekistan, Turkmenistan and Kurdistan. Kamancheh instrument is made of wood. It has three or four silk strings. The sound of the kamancheh is very nice and soft.

Another popular and interesting Armenian music instrument is qanon which is also called kanon.  It has 24 strings and is made of wood. The qanon is also popular in the Middle East, Southeastern Europe and Central Asia.

Dhol is one of the most popular and oldest music instruments of Armenia. It is the  key instrument in national music and appeared 4000 years ago when Armenia was a pagan country.
The Dhol is made of walnut’s wood and its head is made of animal skin basically covered with a thin layer of goat or calf skin.

Saz is one of the oldest national musical instrument in Armenia. Saz has a long neck with main strings.

Shvi is a simple cylindrical tube and associated with Armenian traditional music since time immemorial. It has seven upper and one bottom holes to make semi, quarter and microtones.
To make sound or melody one has to cover the finger holes with the fingers of the left and right hand. At first, this instrument was used by the shepherds.
Commonly, it made from apricot or bamboo wood.
Each of the Armenian musical instruments produce different and unique sound and effect. These musical instruments not only entertain people but also have an important part in traditional Armenian culture. Explore Armenia with Silk Road Armenia!