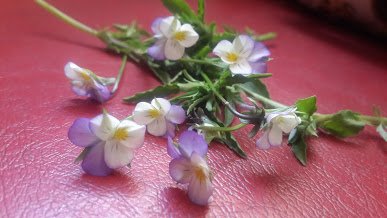 Love is one of the most beautiful feelings that one can experience, and this is the
reason why there is a special day on the calendar when the entire world celebrates the
holiday dedicated to the patron of romance and love. Armenia is not an exception either,
but unlike all the other countries, our patron of love and youth is not well-known St.
Valentine but St. Sarkis the Captain.

Who is Saint Sarkis the Captain?

Saint Sarkis is one of the most beloved saints among the Armenians. He and his only
son – Martyros together with 14 soldiers were murdered for the sake of their religion
Christianity.
At first St. Sarkis was living in Cappadocia where he was assigned as the prince and
General in chief of the region. But afterwards persecutions against Christians began
and he was obliged to leave the country. He came to live in Armenia, but soon he joined
the Persian army. However this was his path to the direct death. King Shapouh knowing
the fact that Sarkis was Christian demanded that he worshiped fire, but he disobeyed
and saying that he believed only in the Holy Trinity ruined the temple. After this, he was
imprisoned and later beheaded with his son and 14 other soldiers (362-363).
Fortunately, St. Mesrop Mashtots brought back his relics to the village Karbi (Ashtarak
Region) and now there is a church called St. Sarkis over them.

The Feast of St. Sarkis and how it is celebrated

The Feast of Saint Sarkis has been celebrated since 2008 as the day of blessing the youth. That day people attend churches to pray to God. But apart the church ceremonies, prayers and liturgies folks have their own traditions. One of the most known and beloved traditions among the youth is eating ”aghie blit” (salty cookie). The day before the feast a married woman cooks aghie blit for unmarried young people. They should eat it before going to sleep and not drink a single sip of water. It is believed that being thirsty, their future bride or bridegroom will appear in their dream and give them water.

This tradition is only for the youth, but faithful people also participate in the celebration. The day before the feast, they place a tray full of flour on the roofs or in the balconies of their houses. They believe that if they find the footprint of St. Sarkis’s horse on the flour the next morning, their dreams will come true.

When is it celebrated?

Unlike the Valentine’s Day, which is always celebrated on February 14, the Feast of St. Sarkis the Captain as almost all the other Church Holidays is not fixed. This holiday is usually celebrated from 18 January to 23 February, 9 weeks before the Easter. This year (2020) the day of the feast is set on February 8.

So, if you have decided to spend your winter holidays in Armenia, you may enjoy the beauty of this tradition, visiting Armenian churches located in various remote villages and highlands. To get to your preferred destination, you can choose a vehicle from TravelCar from a diverse car collection.