Skip to content
Christmas time is here. Happiness and cheer. The most heartwarming time with family and friends is coming. It is a time of God showing His great love for us. It is a time of healing and renewed strength. This holiday of great joy is celebrated in various parts of the world differently. Let’s have a look at the Christmas traditions in one of the ancient countries of the world- Armenia. 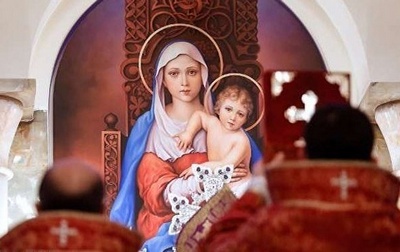 Armenian Apostolic Church celebrates the Christ’s Nativity and Baptism on January 6th with solemn ceremonies.
But in the whole world Christmas is celebrated on various days because of differences in Julian and Gregorian calendars.
All Christian churches celebrated Christ’s birth on January 6th until the 4th century when the date was changed to December 25 by the Roman Empire.
Catholic Church celebrates Christmas on December 25 according to the Julian calendar and the Orthodox Church celebrates it on January 7 according to the Gregorian calendar. Being the first country to accept Christianity, Armenia has preserved the first day chosen for Christmas: it is celebrated on the 6th of January and is the feast of the birth and revelation of the Jesus Christ.
Armenia also preserved the original form of the feast, commemorating not only the birth but also the baptism of Jesus in the Jordan on January 6th.

On this day priests bless water with holy chrism and give it to the people, who can wait hours for acquiring this water. The water cleanses the body and the home and its blessing gives protection from sickness or misfortune in the coming year. 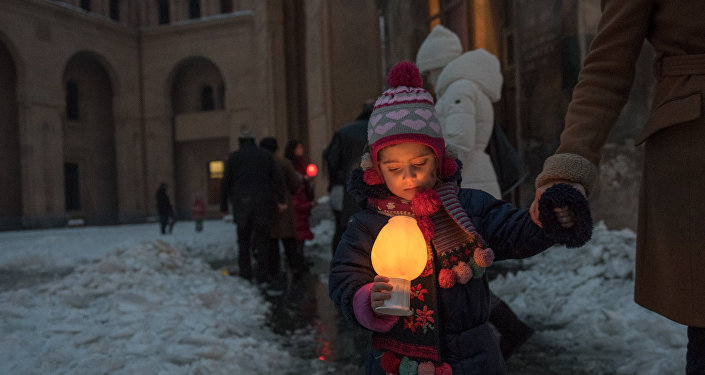 Candles-
In the evening, on January 5th a very special ceremony is held in all churches of Armenia.
After the liturgy, a candle is lit from the alter, people begin to lit their candles from each other, in order to take them to their homes. It symbolizes the light and blessing of the church. 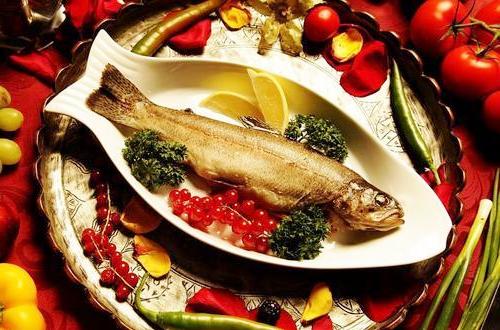 On this day families gather to eat the traditional Christmas dishes together, which include fish as the symbol of Christianity, and rice made with raisins; rice symbolizes the whole mankind and the raisins are the selected ones, who were chosen by God.
The dishes are always accompanied with red wine.
You will hear many toasts and wishes for success and good luck for the coming year.
Families wish for good health for everyone, peace for the soldiers and for the country, long lives for the elderly people and true love for the young ones. 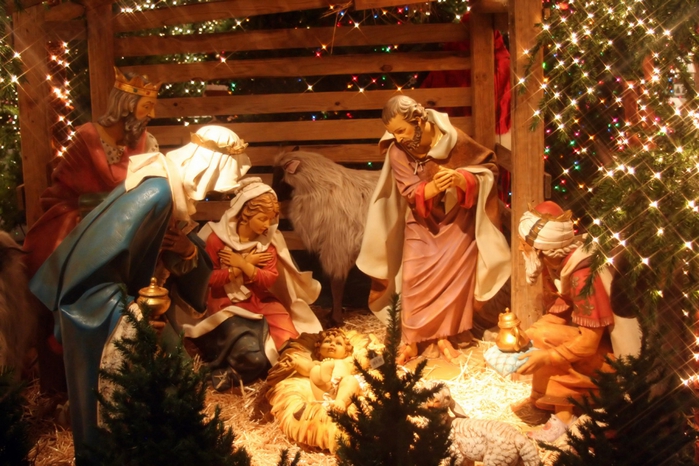 The greeting is also special on this day. We greet each other with these words: “Christ was born and revealed”- “Blessed is the revelation of Christ”.
The center of the Armenian Apostolic Church is located in the city of Etchmiadzin.
It is built in 303 and is the religious center for millions of Armenians spread around the world. Each year, during Christmas, the head of the Armenian Church sends his traditional Christmas message to all the Armenian faithful around the world.
If you want to experience the warmness and hospitality of Armenia on these days, to get a lot of positive emotions, don’t miss the opportunity.
Armenia is waiting for you!