There is a legend connected with the name of Haghartsin, according to which, during the consecration of Haghartsin, the Holy Spirit soared above the dome, taking the form of an eagle, as if “playing” in the air. The word “game” in the local dialect is pronounced “hagh”, which was joined by the modified version of the word “eagle” and became “Haghartsin”. 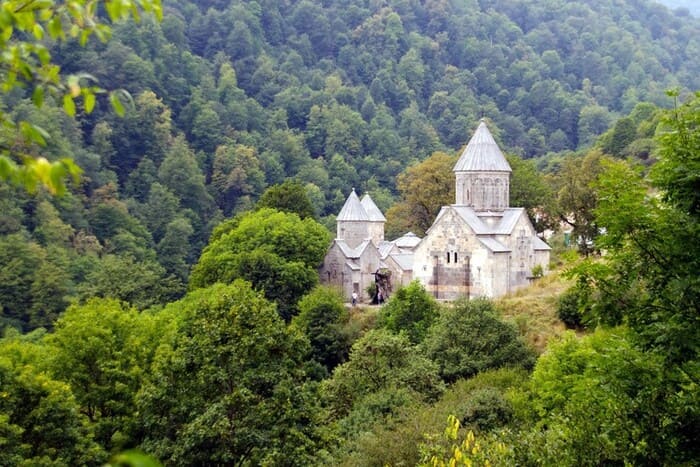 According to another etymology of the name of the monastery, hagar means a panther, tsin means to give birth, to be born. Haghartsin was the place where panthers were or are born.

According to the legend, Mkhitar had a dream in which God told him that there would be an abundance of bread for 7 years and hunger for 7 years. 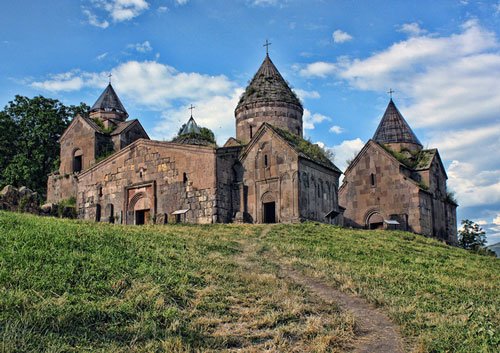 It is necessary to gather resources so that the people do not starve. Mkhitar builds large barns and fills them when there is plenty of bread. When a famine begins, he distributes wheat to people with gush (a wooden round bowl), after which the people call him “Mkhitar Gush, Gosh”. After his death, the village where the monastery was located was called Gosh, and his monastery was called Goshavank. In Armenian, the word “gosh” means a man with thin-haired beard. According to the popular opinion, the name of the great scientist was conditioned by this.

An interesting and sad legend has been preserved about the construction of the monastery, according to which the monastery was built by Master Makar and his only son. 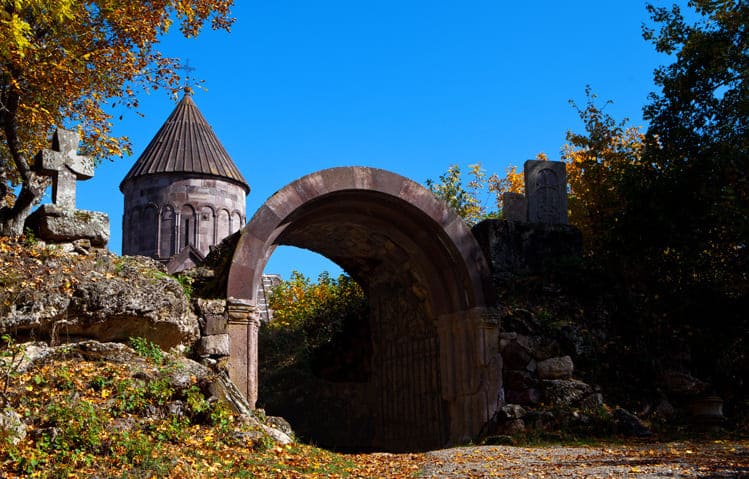 The latter cut the stones and decorated them, and the father arranged them. The walls of the church were rising high, and the father was spending the days and nights on them, as he had sworn not to go down until he had finished the construction. But one day he noticed that the stones are not well worked, and the ornaments are different. He asked from above what happened to his son. The master was told that he was sick. The father understood everything. They hid the death of their son from him. The master did not stop building the monastery, but when he finished it, he threw himself from the top down and died. He is buried under the wall of the monastery; the monastery is called Makaravank.

An interesting legend has been preserved about the castle, according to which the beautiful princess was pestered by many princes who were in love with her. Many even tried to seize the beautiful woman, who rejected everyone. And the princess builds this fortress to protect herself from everyone and settled here with her army. 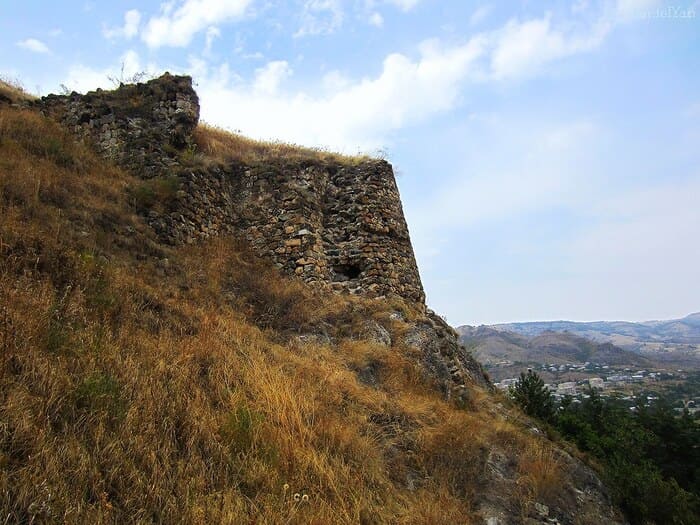 One of the admirers of the beauty, Prince Mantash, builds Mantashaberd in front of the princess fortress, from where he constantly attacked the princess’ fortress, but in vain․ The army of the beautiful princess always defeated him. After the last defeat, Prince Mantash asked for ceasefire. After that, they “communicated” with each other at a distance, with different signs, from the impregnable heights of their fortresses.

According to another legend, Lenktemur learns that a beautiful girl lives in this fortress and sends soldiers to bring her to him. The three soldiers of the tyrant kidnap the girl; a shepherd sees this and start following them. On the way, when it gets dark, the soldiers fall asleep. The shepherd gets to them kills the soldiers and returns the girl to the castle. When Lenktemur finds out about this, he besieges the fortress with a help of a traitor old woman and cuts off the water of the fortress thus succeeding to defeat the inhabitants of the fortress. Seeing this, the girl throws herself down from the impregnable wall․ From that day on the people call the fortress The Girl’s Fortress – Aghjaberd.

Varagavank, according to the legend, the monastery is the patron saint of love and family. 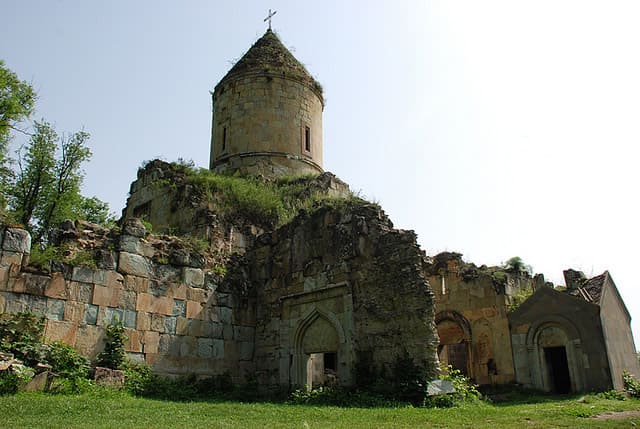 Here, couples who have no children and those who are going to get married come to the covenant․ It is not accidental that almost all the khachkars of the monastery are in pairs.