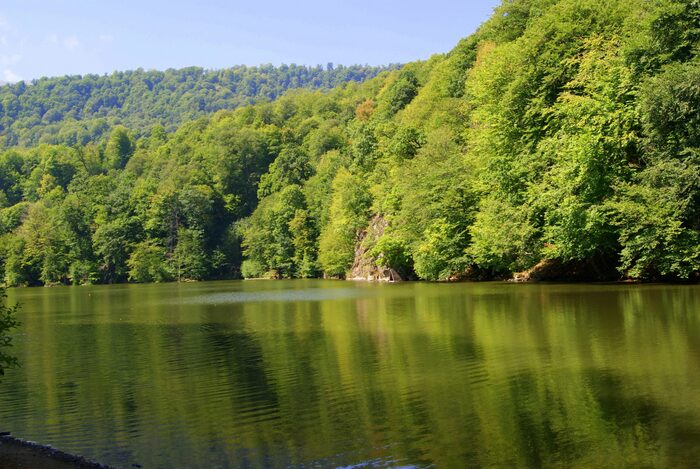 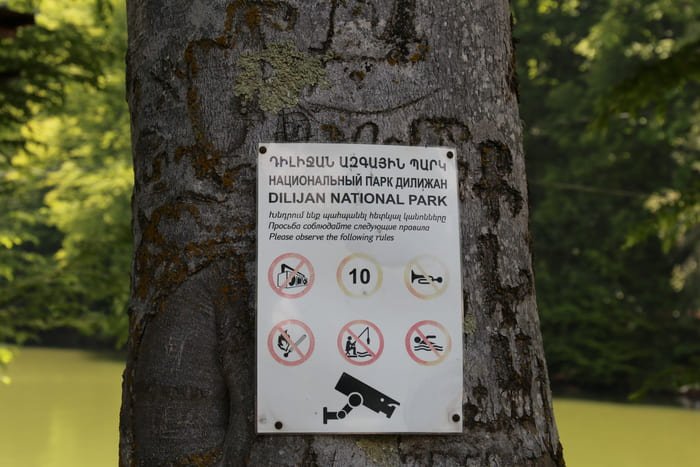 Parz Lake is one of the wonderful natural monuments of Tavush and is located about 9 km away from Dilijan. The lake is one of the favorite resorts of Armenian and foreign tourists. The eye-catching emerald green, which is reflected in the clear and crystal clear waters of the lake, opens a paradise view for the visitors. 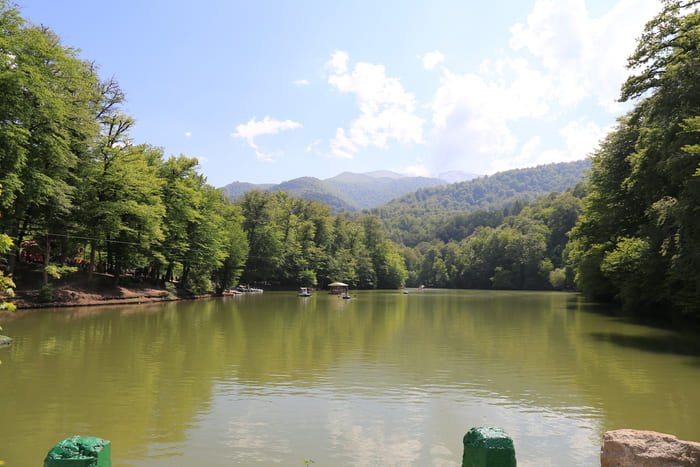 The lake is beautiful in all seasons. The dense forest is so close to the clear waters of the lake that it is reflected in its mirror, “painting” with the colors of all seasons of the year – green, yellow-red, white. The giant rock dug into the forest by the lake is so “open” that you have to “speak carefully” when you are on it. The rock catches every word you utter and delivers it to the opposite shore. In recent years, extreme tourism has been organized here, various events for both children and adults, which makes this resort more attractive. Parz lake is 1,350 m above sea level, fed by natural springs. The length is 385 m, the width is about 85 m, the depth is 5-10 m.

Lastiver is an inseparable part of the wild and wonderful nature of Tavush. This is a place where forested mountains, deep gorges, inaccessible cliffs, fast-flowing waterfalls and rivers, centuries-old caves are “met”. 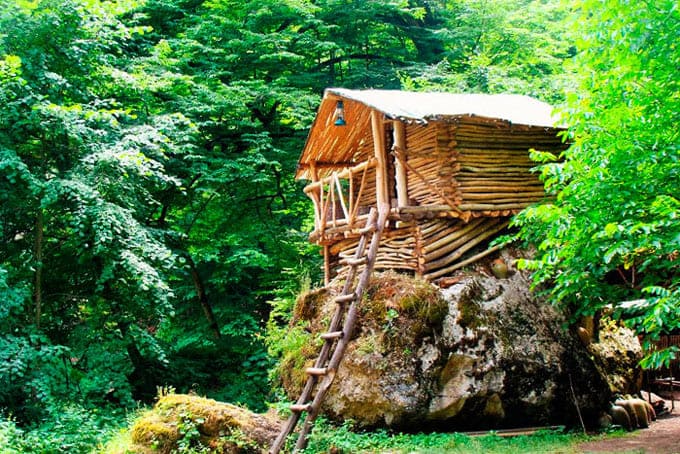 Lastiver became widely known in the early 2000s, when this cozy corner of nature attracted fans of ecotourism and hiking. In the formerly virgin forests, on the river bank, a recreation area has been created for nature lovers, and the narrow path will take you to the famous caves of Lastiver. These inaccessible caves during the Mongol invasions of the 13th-14th centuries, served as a refuge for the local population, and as a monastery for hermits. That is why they are called “Desert”. About 3 km away from Yenokavan village, in the gorge of Khachaghbyur river, there is the two-storey Lastiver cave with its many “rooms”. The cave is located on an almost steep slope of the gorge, where people climbed with ladders, which is why it is widely believed that the cave was called Lastiver by the people. According to another legend, they climbed the cave through a wooden raft tied to a rope. The ascendant shouted. “The raft up” (Lastiver), after which he was lifted into a cave. Hence the name, Lastiver. At the end of the 20th century, many sculptures were made on the walls of the cave, which give a special mystery to the cave.

The Caucasian Deer Breeding Center has been operating in Dilijan National Park since 2018. The deer live in a 10-hectare enclosure, the electric fence of which protects them from predators. 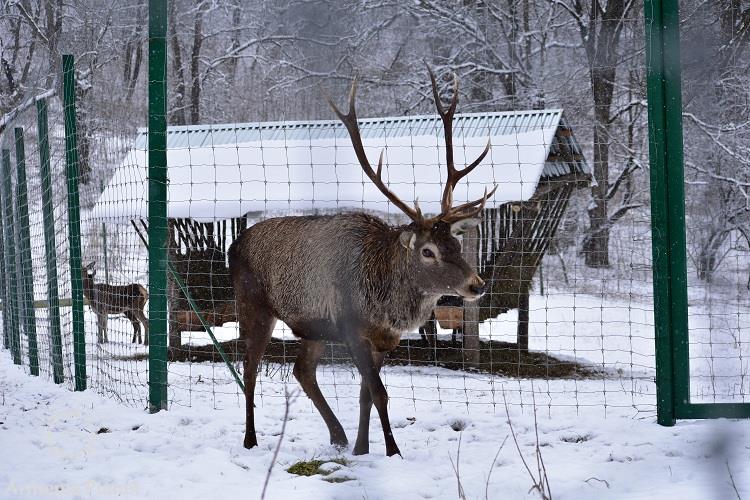 By paying for the entrance ticket, you can “enjoy the company of deer” or even feed them. They say that being closer to nature, people become kinder, so this is an opportunity for both adults and children to hear the voice of nature, to learn to live side by side with forest dwellers without harming them. There is also an information and souvenir salon in the center, the revenues from tickets are directed to support the national park. As of 2021, 13 cubs were born here. It is planned to release 5-10 deer into the wild every year. This program is implemented with the support of international organizations for the restoration of the population of Caucasian deer in Armenia, which were gradually eliminated due to poaching and reckless deforestation. 14 deer were transferred to Armenia from the Islamic Republic of Iran for breeding.

The Oak of Vardan Mamikonyan

Commander Vardan Mamikonyan’s famous oak is located in Aknaghbyur village. According to the preserved legend, the Armenian commander Vardan Mamikonyan planted the tree in 450 A.D, after the victory in the Battle of the Peace. In the 1970s, the ancient oak fell. Marshal Hovhannes Baghramyan planted three oaks next to it, which will pass on the symbol of Armenian victories in the following centuries. 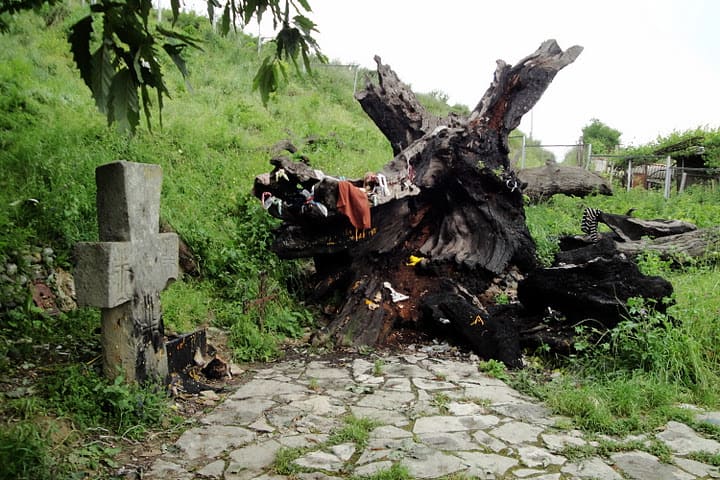 This place has been sanctified by the people. Before going to war or service, a soldier’s inauguration ceremony is organized here, so that the Armenian soldier can take Vartan’s powerful force from the centuries-old oak and the spring flowing near him. By the way, the locals assure that the spring water is sacred. According to the old locals, this oak used to be so big that more than 20 people could be accommodated in its shade. The local elders liked to gather here, under a tree, near the spring. As the people sanctified this place, they lit candles near the trunk of the tree, from which the ancient oak weakened and fell from the wind. According to eyewitnesses, seeing the oak of brave Vardan fallen, the village, from the youngest to the oldest, cried, as if mourning the loss of Commander Vardan for the second time. The fallen oak is getting smaller day by day, and as an eternal witness of the sanctuary, the chapel of St. Vardan Mamikonyan was built next to it.