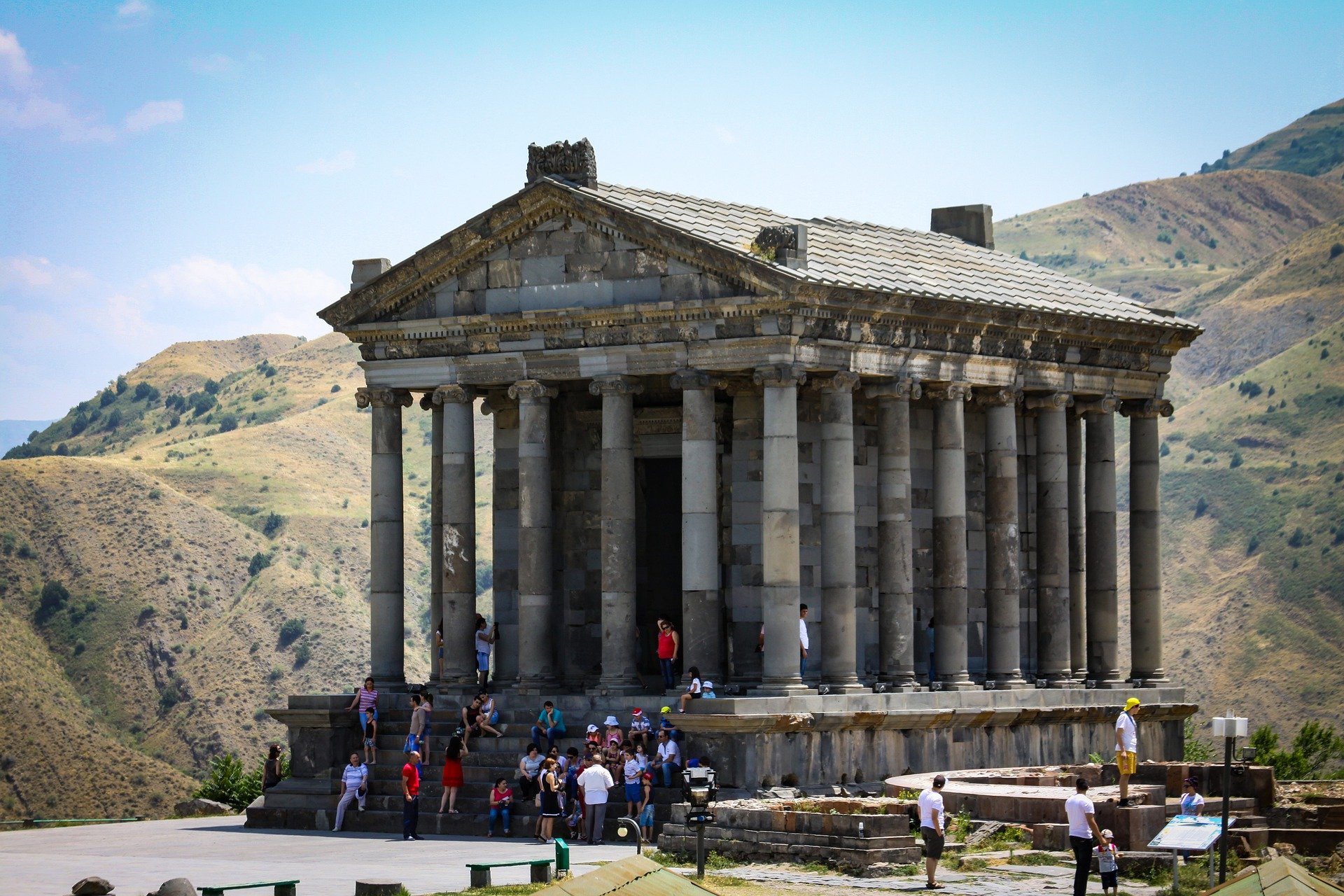 Armenia is an underappreciated nation at the heart of every important event in World History. Archaeologists have discovered the earliest proof of key developments in civilization within the borders of this small nation. In ancient times, Armenia boasted a close relationship with the Roman Empire under Nero and later became the world’s first officially Christian country. Armenia also formed part of the Mongol Empire, the Persian Empire, and the Soviet Union.

With its role in so many significant events, it’s no surprise to discover that Armenia offers a rich variety of notable historic sites that every history buff should visit.

Near Sisian in the south of Armenia, you can find the prehistoric site of Carahunge. Nobody knows who erected this collection of megaliths (large standing stones) or exactly why. They are believed to date to the Bronze Age and to be around 7,500 years old. The basalt and andesite standing stones are arranged in a central circle with a northerly and a southerly line of extra stones.

The name Carahunge comes from the Armenian words “car” meaning “stone” and “hunge” meaning “sound” and is believed to refer to the whistling sound made by the stones when the wind blows through multiple holes bored through the ancient standing stones. The site is officially called the Karahunj Observatory because of the arrangement of the stones that suggest alignments with sunrise, sunset, the solstices, equinoxes, and lunar extremes.

The stones are positioned upon a scenic hilltop that is popular with tourists. Carahunge is popularly referred to as the Armenian Stonehenge. While you’re there, also check out the beautiful Shaki Waterfall. Take along a good pair of binoculars to truly appreciate the beautiful natural attractions around Sisian.

Another amazing archaeological site dated to the Bronze Age is the 6,100-year-old winery discovered in the Areni-1 Cave Complex near Areni in the southeast of Armenia. The modern village is also strongly associated with wine production so it can claim over 6,000 years of continuous wine-related horticulture.

The archaeological excavation of the site uncovered pottery sherds, storage jars, a wine press, and fermentation vats. It is the world’s 2nd-oldest known winery. The site is also noted for the discovery of the world’s oldest shoe and a 5,900-year-old straw skirt.

While in Areni, also check out the stunning 14th-century Armenian church, the 13th-century palace ruins, and the 13th-century bridge ruins. This region is awash with amazing historic structures and breathtaking scenery.

The Temple of Garni is the most iconic structure in Armenia. It is found in the village of Garni in the center of the country. Originally built in 77 CE, it is a Greco-Roman rectangular colonnaded temple. It miraculously survived the spread of Christianity in the 4th century only to collapse in a devastating earthquake in 1679. Between 1969 and 1975, the temple was reconstructed using 80% original materials that had not been removed from the site.

The temple may have been built by Roman artisans who accompanied King Tiridates back from Rome after his visit in 66 CE. An inscribed stone found near the temple dedicates the temple to Tiridates and dates it to the 11th year of his reign. As he was crowned by Nero in Rome, this would be 77 CE. Visitors are astounded by the intricate and well-preserved carving of the columns and their ornate capitals.

Following the 301 conversion to Christianity, the temple was converted into a royal summer house and so escaped the rampant destruction of pagan temples. The Armenian royal palace was also located in Garni until it was destroyed by Tamerlane in 1386.

Today, Khor Virap is a monastery on Armenia’s western border with Turkey. However, Khor Virap is Armenian for “deep dungeon”. The Christian missionary Gregory the Illuminator was imprisoned here from 285 to 297 CE. His release and subsequent appointment as the king’s mentor led to Armenia becoming the world’s first officially Christian country in 301 CE.

This picturesque monastery is situated atop a hill with superb panoramic views of Mount Ararat which is just over the border in Turkey. A chapel was built around the prison pit in 642 and in 1662 the existing monastery church was constructed over and around the ruins of that chapel. The surrounding monastery complex very much resembles a hilltop fortress.

The Castle of Amberd is located on the slope of Mount Aragats in the west of Armenia. Its name means “Fortress in the Clouds”. Amberd is the most picturesque castle in the country dominating the confluence of 2 major rivers. In its earlier days, it was the summer residence of kings. Later it became a key defensive structure until destruction by invading Mongols in 1236.

The site was originally settled sometime in the Neolithic and a fortress constructed in the 7th century, but much of the current structure dates to around 1026 when Vahram Pahlavouni added thicker basalt walls and the imposing 3 bastions overlooking the Arkhashen Canyon. At around the same time, an impressive bathhouse with a hypocaust heating system and a church were added to the complex.

You might not consider a cemetery and interesting historic site to visit, but you haven’t yet seen Noratus Cemetery. The cemetery contains 800 elaborate steles with intricate carving depicting art and life from the 9th to the 17th century.

The cemetery is located in the east of Armenia near the western bank of Lake Sevan. The site is especially noted for its fine collection of khachkars. Khachkars are carved crosses in a special Armenian style that usually involve complex patterns of interlacing motifs.

Noratus Cemetery is found in a beautiful scenic area with a mountain background. If you enjoy cycling, the surrounding countryside is a great place to explore. The orange lichens softening the stones and arrangement of the cemetery also makes it a pleasant place for an artistic walk, appreciating the fine craftsmanship of the many carved steles.

Armenia was part of the Iranian Empire for over 300 years but almost all of the monuments and structures built during that period have since been destroyed. The 18th-century Blue Mosque in the capital city of Yerevan is a notable exception. Today, it is the only open mosque in the country.

The Blue Mosque was built between 1765 and 1766 where it was one of 8 mosques in the city under Iranian rule. Its simple prayer hall and chambers contrast with the vibrant blue tiles decorating its exterior dome and the complex patterns found around its 79-foot minaret. The mosque also features a fragrant rose garden and a small museum.